Yme-Loc is a minor Craftworld of the Eldar located in the Segmentum Obscurus. The Eldar of Yme-Loc are not very well-known throughout the galaxy, but are noted for their consummate weapon-smiths and the large numbers of Engines of Vaul and Eldar Titans they are able to field in war. The world-rune of Yme-Loc is known as the "Crucible of Souls". Eldar legends tells of the Crucible of Souls, within which the smith-god Vaul forged weapons of purest wraithsteel that were alloyed with the spirits of the virtuous in order to wage the War in Heaven. It was in this crucible that the ninety-nine-and-one Swords of Vaul were created. Yme-Loc uses the symbol of the Crucible of Souls as its world-rune. For the Eldar of Yme-Loc, the symbol represents the belief that the fate of their race is still theirs to forge.

The war-smiths of Yme-Loc toil endlessly to craft gigantic machines of destruction. Masterful and prolific in their efforts, they ensure that their warhosts are always furnished with the finest Engines of Vaul, and are able to field a great number of lithe Eldar Titans when they go to war. Yme-Loc's warriors are almost always delivered to battle aboard grav-tank transports, while Fire Prisms and Night Spinners provide supporting fire. Though the wraith-constructs of Yme-Loc are but few in number, there are tales among the Eldar that their weaponsmiths have created a new and devastating Vortex-based weapon powered by the souls of the dead. It is a device so terrible in potency that Yme-Loc have never dared to use it. It is whispered that it can scour entire continents of life in mere Terran minutes, the souls of the living torn from their bodies into the Warp by a vast ghost-storm.

Yme-Loc's reputation was built upon the works of its forgemasters. The Craftworld's colours reflect the ancient garb of those smith-brotherhoods: an orange heat-mantle reminiscent of molten metal, and a grey forge suit for the coals that fuelled the furnace. Millions of Terran years on, their craftsmen rarely work with such base materials, and only then as an artistic indulgence. However, they still bear this ancient heraldry with the pride synonymous with their race.

An Eldar Guardian of Craftworld Yme-Loc 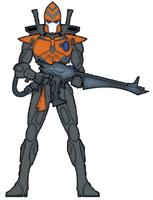 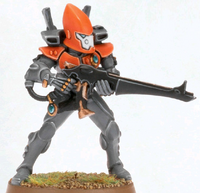 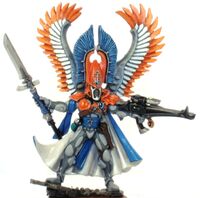 An group of Yme-Loc Seers

An group of Yme-Loc Warlocks 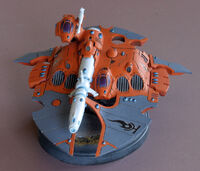 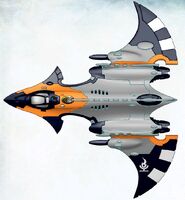 A Yme-Loc Vyper Jetbike
Add a photo to this gallery
Retrieved from "https://warhammer40k.fandom.com/wiki/Yme-Loc?oldid=341748"
Community content is available under CC-BY-SA unless otherwise noted.