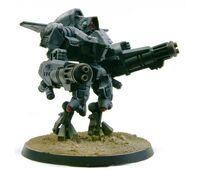 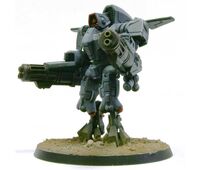 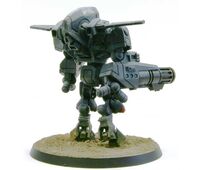 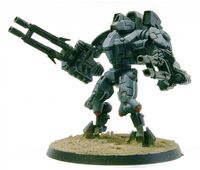 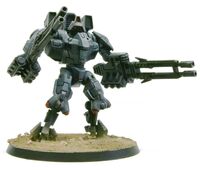 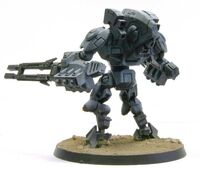 An XV9-04 Hazard Battlesuit armed with Phased Ion Guns, rear view
Add a photo to this gallery
Retrieved from "https://warhammer40k.fandom.com/wiki/XV9_Hazard_Battlesuit?oldid=321271"
Community content is available under CC-BY-SA unless otherwise noted.