A Wolf Lord is a senior officer of the Space Wolves Space Marine Chapter who is the equivalent of a standard Space Marine Captain and commands one of the 12 Great Companies that comprise this non-Codex Astartes-compliant Chapter. These Veteran Space Wolves epitomise what it means to be one of the Sons of Russ. They are the bravest and mightiest warriors within the Chapter, as their valour and deeds have placed them above all others. The chosen wolf totem of the Wolf Lord adorns his Great Company's banner and is painted on the shoulder plate of every Space Wolves warrior in the Great Company that he commands.

A Wolf Lord may be accompanied by the huge Fenrisian Wolves and is always protected by a contingent of the Wolf Guard specifically loyal to him. The Chapter's Great Companies are led by the 12 current Wolf Lords, a number that includes the current Great Wolf, Logan Grimnar. The attrition rate for Wolf Lords is fairly significant because of the Chapter's preference for close combat. However, some Wolf Lords have managed to see their thousandth year pass in service to the Emperor. Ragnar Blackmane is one of the Chapter's current Wolf Lords and is in fact the youngest Astartes to have ascended to that exalted rank in the Chapter's history.

The organisation of the Space Wolves owes much to the personality of their Primarch and the warrior-customs of the feral Fenrisian tribes from which its Astartes are drawn than to the formal dictates of the Codex Astartes. As a result, the Space Wolves Chapter is divided into 12 "Great Companies," each comparable to a tribe ruled over by a warrior-king and advised by a council of elders. These Great Companies are led by an officer known as a Wolf Lord, a warrior whose only master is the Great Wolf himself. Each Great Company has its own headquarters and territory within the Space Wolves' massive fortress-monastery known as The Aett (commonly referred to as The Fang by outsiders) and has its own spacecraft, Armoury, forges and other facilities. In almost all respects, a Great Company is a separate, self-sufficient brotherhood of warriors. The Great Companies each have their own ancient customs, renowned heroes and warrior traditions that they honour to this day.

Each Great Company is usually named after its ruling Wolf Lord. When a Wolf Lord is slain, his body is burned at sea or sent into the heart of a nearby star in a great funeral rite, and the next day a successor is elected by the old Lord's retinue of Wolf Guard, and the Great Company takes on his name instead. This is an honour beyond measure, and each Wolf Lord strives harder than ever to live up to the heroic example set by his predecessors. Though the newly elected Wolf Lord has walked the path of the warrior, he now commands the authority of a king. Thus the Great Companies are not fixed in the manner of other Space Marine Chapters, but change throughout the ages as one leader succeeds another. When elevated to the ranks of the Wolf Lords, each new commander chooses a symbol or badge from the ancient legends of Fenris as his emblem. This icon appears on the Great Company's banner and is commonly repeated on the armour of the warriors of his Great Company. It is not unheard of for a Wolf Lord to change his name to echo the symbol he has taken for his own. Though there have been thousands of Wolf Lords over the Space Wolves' long, glorious history, many have chosen to repeat badges of legendary figures used by famous precursors.

A Great Company thrives or dwindles as a direct consequence of its lord's decisions, and the Wolf Lord holds his brothers' fate in his capable hands. Despite the duties of command, a Wolf Lord never truly loses his primal urge to plunge into the fray without pause, setting an example for his men to emulate -- with blade, Frost Axe or, if it is an internal matter, his fists. It is not unheard of for a Wolf Lord to undertake a solo mission when the Chapter requires finesse and skill over the unstoppable force of a full invasion. Though he plans his military actions with the utmost attention to detail and with meticulous cunning, he is most commonly found in the thick of the fighting, surrounded by the raging maelstrom of full-scale battle. Charging forward with weapon in hand, the Wolf Lord howls in exultation, inspiring his warriors to ever-greater displays of heroism.

When a new Wolf Lord chooses his badge from the ancient legends of Fenris, it is added to the Grand Annulus -- the massive round, stone table where the 12 Wolf Lords gather at the centre of the Hall of the Great Wolf at the top of The Aett. It is a representation of the current organisation of the Space Wolves Chapter. Each outer segment is a separately carved stone slab which is as wide as a battle tank, taking a dozen of the strongest Space Wolves to lift just one. These carved stone slabs are inscribed with the sigil and runes of the Wolf Lord it represents.

During great feasts in the hall, it is customary for the Wolf Lords and their Wolf Guard to be seated within the area of the hall thus indicated by their "name-stone." The central device, bearing the sign of the Wolf That Stalks Between the Stars, indicates the position of the current Great Wolf, rotated to show which of the Wolf Lords currently holds that honoured rank.

As Wolf Lords die, their name-stones are removed from the Hall of the Great Wolf and taken to the Grove of Heroes, where they circle the oldest name-stone of all, that of Leman Russ himself. Here they lie for eternity in huge concentric rings, a reminder of the heroic leaders of the Space Wolves across the ages. Amongst these name-stones, there is a foreboding blank obsidian name-stone sent into the Grand Annulus that represents the lost 13th Great Company, known as the Wulfenkind.

This name-stone has come to represent all of the Great Companies in the history of the Space Wolves who have been destroyed in battle, lost on campaign or recanted their oaths of fealty, and hence is the subject of many veiled comments and superstitions. Only a handful of outsiders have ever seen the stone or heard of its existence, and to suggest that a Great Company "walks the 13th Stone" is a grave accusation indeed. 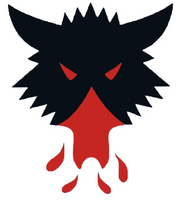 Totem of the Bloodied Hunter, Arms of Bran Redmaw's Great Company, the Bloodmaws 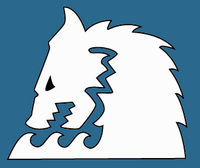 Totem of the Deathwolf, Arms of Erik Morkai's The Sons of Morkai Great Company 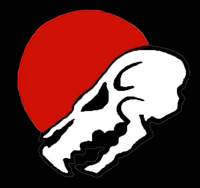 Totem of the Wolf of the Red Moon, Arms of Gunnar Red Moon's The Red Moons Great Company 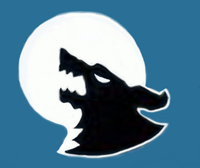 Logan Grimnar's sigil, as Great Wolf of the Champions of Fenris 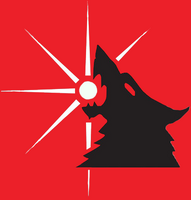 Totem of the Ravening Jaw, Arms of Harald Deathwolf's Great Company, the Deathwolves 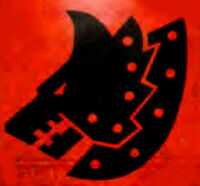 Totem of the Iron Wolf (ancient variant), sigil of Harek Ironhelm, Great Wolf of the Space Wolves during the 32nd Millennium. 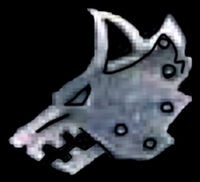 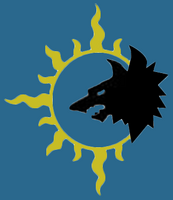 Totem of the Sun Wolf, arms of Krom Dragongaze's Great Company, the Drakeslayers 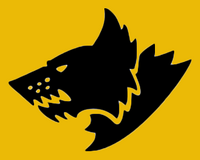 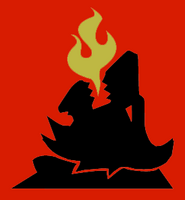 Totem of the Fire Breather, Arms of Sven Bloodhowl's Great Company, the Firehowlers 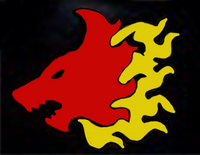 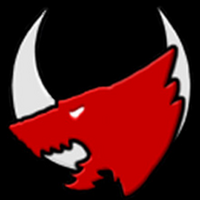 Sigil of the Wulfen, Arms of Bulveye's 13th Great Company, the Wulfenkind
Español
Community content is available under CC-BY-SA unless otherwise noted.
Advertisement