The Warbringer Nemesis-class Titan is a Battle Titan that stands between the Reaver and Warlord-class Titans in size and power.

It is used by the various Titan Legions of the Collegia Titanica and the Chaos Titans of the Dark Mechanicum.

Like a god of destruction, the Warbringer Nemesis rains explosive death on its foes. This immense war machine is designed to obliterate the largest and most indomitable enemies at extreme range.

The Quake Cannon mounted on its back is capable of demolishing fortresses or even felling other Titans with a single, gargantuan shell.

Similarly, the Titan's myriad other armaments allow it to wreak ruin on aircraft, armoured columns and massed infantry formations.

Warbringer Nemesis Titans are renowned for their bellicose Machine Spirits (artificial intelligence), with numerous binharic canticles speaking of the Titans locking onto targets and assuming firing positions before their Tech-adept crews are even aware of the approaching threat.

The Warbringer-class of Titan is renowned for the many sub-variations of the class in use by the various Titan Legions active within the Imperium, and the most common pattern seen on the battlefields of the Great Crusade was the Warbringer Nemesis.

This immense war machine is designed to destroy enemy Titan-class targets at range, acting as a dedicated fire support platform in the maniples it is assigned to.

However, sitting in between the more common Reaver and Warlord-classes, its mass and firepower often see it assigned to the front lines of the battlefield alongside the various classes of Battle Titan.

Its reinforced frontal plating allows it to weather most return fire with casual ease, and its defence batteries render it well-protected against aerial attacks, though its relatively light rear armour can leave it vulnerable to flanking attacks by ground armour.

Within the Titan Legions, the Nemesis has a reputation for restless Machine Spirits and for driving its princeps and moderati to near-paranoid heights of awareness.

Ghost sensor artefacts and other aberrant phenomena are commonplace aboard such a god-machine, but also well-known are the incidents where such Titans have bracketed and locked targets long before their crews could react.

The Tech-adepts that serve in the entourage of these machines praise the intricate mysteries that brought them into creation, for they are also among the most labour-intensive of their kind, sharing little in terms of functionality and design with either the more commonplace Reaver or Warlord Titans. Many among the magi of the Machine God consider it a distinct honour to be assigned as servants for such a wondrous example of His miracles.

The Warbringer Nemesis Titan was deployed often during the Great Crusade against various Titan-scale xenos constructs. The Warbringer Nemesis came into its own in the Horus Heresy, as warfare between Loyalist and Traitor Titans became common and the need for a dedicated Titan-hunter became overwhelming.

A Warbringer Nemesis Titan may exchange either of its arm-mounted weapons for one of the following: 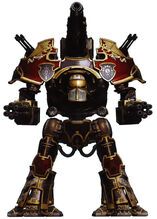 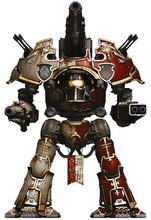 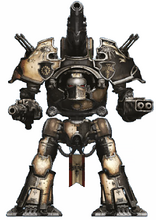 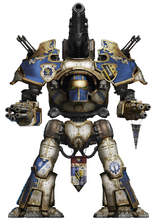 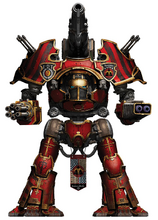 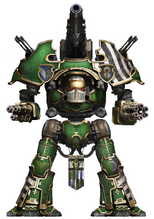 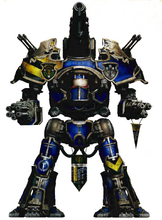 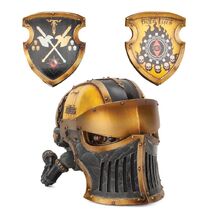 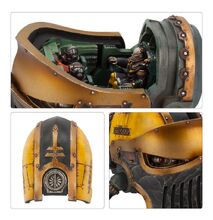 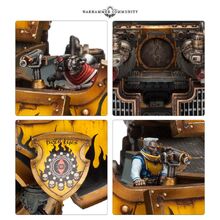 Various external details of a Warbringer Nemesis-class Titan, including a servitor, rear-access door, livery shield and a Spotter 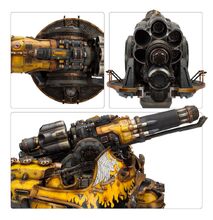 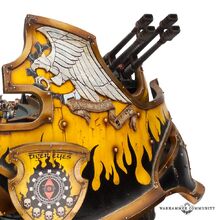 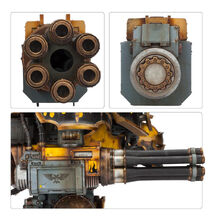 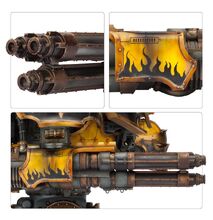 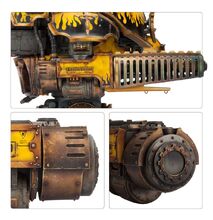 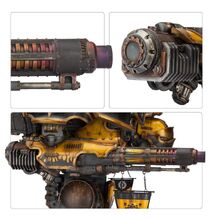