The Volkite Culverin is a type of Volkite Weapon, and is the heaviest man-portable Volkite Weapon known to have been available to Imperial forces during the Great Crusade and Horus Heresy-eras.

Volkite Weapons are a class of powerful thermal ray weapons whose technology is pre-Imperial in origin and dates back to the Age of Strife. These weapons were always difficult for the Imperium of Man to manufacture; even the most able of the Mechanicum's forges had difficulty keeping up with the demand, and as the expanding Great Crusade in the late 30th Millennium swiftly overwhelmed the supply of these relic-weapons, they became increasingly uncommon on the battlefield.

Once relatively common within the fledgling Space Marine Legions, Volkite Weapons had fallen largely from favour by the time the Horus Heresy began in the early 31st Millennium. They were superseded by the far more easy to produce Bolter.

The loss of Forge Worlds during the Horus Heresy sped the decline of Volkite weapons in the Imperium. The technology, difficult to manufacture even by the most able of the Mechanicum's forges, was rendered scarce in the aftermath of the great interstellar civil war.

The Volkite Culverin is the heaviest and most potent man-portable iteration of known Volkite technology, and was used by the ancient Legiones Astartes Legion Heavy Support Squads and their Contemptor Pattern Dreadnoughts. The Volkite Culverin, like all Volkite Weapons, was a thermal ray weapon of ancient and unknown provenance, with its beam having a devastating effect on organic matter, explosively burning flesh into ash and jetting fire. 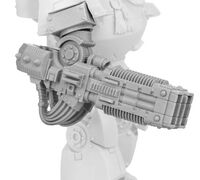 A twin-linked Volkite Culverin used by a Contemptor Pattern Dreadnought 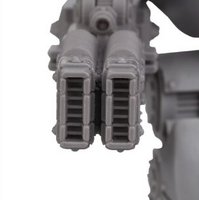 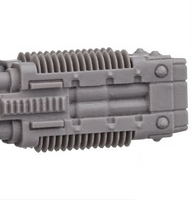 A twin-linked Volkite Culverin used by a Contemptor Pattern Dreadnought, side view 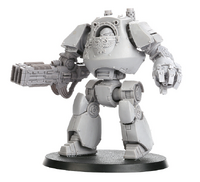 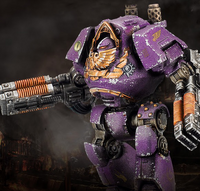 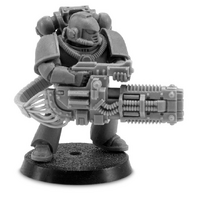 A Legiones Astartes Space Marine armed with a Volkite Culverin 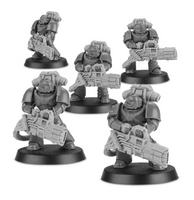