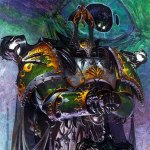 Hi, welcome to the Warhammer 40k Wiki! Thanks for your edit to the User:Sindri Myr page. Please read ALL of the Important Links on the Main Page before beginning any editing activities on this wiki, as the Warhammer 40k Wiki has very strict formatting and content guidelines. Failure to follow them may lead to the immediate deletion of your work. If you have any questions or need help please contact either Lead Administrator Montonius or Associate Administrator Algrim Whitefang. Thanks, and enjoy your time here!

Hello Sindri it's a pleasure to have you here, I'm Vincent. User: Vincent Kairen Angelus

It's because you just joined. It will unlock in the days to come, a feature intended for you to begin to learn our complex formatting guidelines and quality requirements, as described in the Important Links on the main page. Montonius (talk) 20:00, March 18, 2013 (UTC)

You are being contacted because of your contribution to the Tyranid RP thread.

If you are interested, I am starting a new RP session, starting with a prep thread here:

I apologize, but I do not know of a better way to contact anyone right, now.

Hope to see you there.

Have you ever played Dawn of War Dark Crusade? If so good but i'll explain anyways. Instead of taking control over the entire force the Chaos Lord Eliphas gave a broad goal to his forces but allowed them to work towards that goal in any way they saw fit... Basically I will give a main goal every once in a while and you can go about this in any way you wish... You want to be stealthy? Be stealthy. You want to charge in screaming? Do that. So long as you at least try to help with the effort (or don't, see what happens when one of you gains much more favour than the other... muhahaha)

The only exceptions will be when I will release certain "Special Missions," that will be pre determined but will not be revealed until I believe it is the proper time... These missions will not be compulsary but will have special rules e.g. will involve siege warfare or must not use any sorcery etc. As I said these mission will not be compulsary but whoever finishes them first or put a lot of work into them will recieve dark gifts and other such rewards...

I have asked DANNY if our small RP can be canon with his e.g. people who die there cannot come back in RPs to come... We should expect some form of reply soon.

The story could be based around us but I think iw would be better if others can join (not with armies though, I think this would be much better with only a few characters)

The way I see taht it could work is if there are 'key events' that occasionally happen that the other players must react to, rather than it being a war

Well... this campaign could be tied in with the others... In the Tyranid campaign I spent some time in the warp with Ahriman granted we were fighting but who knows what could've occured) and who is to say we didn't just keep the artefact that we supposedly "destroyed," at the end of the campaign... Let us not forget that we are searching for an unspecified artefact in this campaign... So perhaps there could be different key events and objectives that alter the state of the story, ehich players have to react to... Although the main objective, hmmm... We obviusly know that we fail to find the black library and get *spoilers* Dark Eldar...

Syndri, this is well known. We have never actually done the Tyranids yet. When other projects like Necrons and Tau are complete in several months, I will turn the attention of my staff to this. Thanks. Montonius (talk) 10:11, July 6, 2013 (UTC)

Its fine man, I just like epic battles of massive forces. I'll try and tone it down slightly for everything else planned...

I have two brilliant idea for our Into The Warp campaign, but of course since we are making this together i'm gonna ask if you agree or not. Ahem...

The Campaign is set up in different celestial bodies (planets, moons, dead ships, ancient webway locations etc.), these locations are all radically different but all have a Webway gate on or near them, every so often events occur on certain worlds/places and the players there have to deal with them, and only players on the same planet may interact with each other (for better or worse).

BUT here comes the interesting part, to begin with there are 1 or 2 locations, and players need to fulfill specific criteria to wait for it... Unlock new locations! E.g. a certain webway gate requires an artefact to open or enough blood has to be spilled on a certain planet to be opened...

We never will make it to the Black Library (or will, depending on how the campaign goes) but until then we have to unlock certain Webway gates to search for it...

We will decide what each specific Webway gate does when opened, but not everyone will know what each one does (for example, there could be a Webway gate that overloads, potentially wounding whoever opens it)

Explaining Things - Into The Webway

I will wait until you return before we decide when to explain things, maybe just before or after Thelician ends?

You may see to the Thread in any way you wish, although this Campaign is still in the first stages of design and we will be sorting out most of the details in the Thread... Best to call it "Into the Webway, Design Thread," rather than actual preperation thread, no?

Remain speaking with Wartek... I have a plan...

About what just happened...

I am done with this system...

Time for some real Mindf**kery

Now that Alhendors is basically a very powerful Daemon who understands Realspace and can manipulate minds very well (kinda), it's time to really get people angry...

An Idea i've had for a while

So I was thinking, maybe we could make this more of a harsh and "brutal," campaign, and that if they are not caerful players can die ...

Rienno (just as an example), As an Imperial General: General Whoever attempts to sneak up behind Sindri.

Me: Du'un (having no body to pay attention to) is always paying full attention to the Warp and the souls within it, he detects the General and informs Sindri, who finds him. The General is no mach for Sindri and is decapitated...

Of course it doesn't have to bee to harsh but I also though that (if tey contact us personally) someone could create a new (but entirely differeny) character, although there are disadvantages to creating new ones.

So what do you think?

Personally I like the idea of escaping oursleves, even controlling some broken slaves to our advantage...

Of course I'm not leaving you behind...

You don't mind any of this do you? With the long wait periods, I just thought I'd add a little flair...

Okay, I know you guys want to make this campagin more brutal so that people pay for rash actions more than they used to in other RPs where characters basically never die but I really don't want Avatus to die because if he does then I'll have to necromancy and bring him back from the dead for my own RPs and I hate doing that whole loop hole kind of thing so I just want to ask don't kill him please because I need him. But by all means while I will be upset you can kill any other characters since they are not yet vital to future plots.

Let the end begin, I however require but one more long scene before we do so...

I will be poisoned.

I will engage a small group of Cabalite warriors in combat, and will (with my terminator armour) crush them all, before realising one has cut me with a poisoned blade, I will then continue fighting but eventually fall.

Oh, and I think you've been delving into Slaaneshi sorcery a bit too much, woth the electrocution and all.

You wrap things up...

I won't be here for quite a while now, so just take control of Alhendors too if you want to end the campaign.

Just so you know

I'm waiting for you to tell me where the hell we've been taken...

Hello Esteem Brother, just popping over to inform you that in the my next post in the Dark City ransacking RP, I will add that several Alpha Legionnares have found you and Du'un and are waiting to spring you out from your current scenario or would you have more sinister ways of escaping your current situation.... I will leave them, the Alpha Legionnares under your command. That will be all for now.

Is there a problem?

Are you on purposefully waiting or are you too busy to post?

If you are too busy you can just give me guidlines on what you want your character to do and i'll fill in for you for a little bit.

They're here to see us suffer and struggle before dying, they wouldn;t just send in things that would absolutely demolish us to begin with, perhaps we may have to fight some of DANNY'S captured marines? ANd the winner gets the prize of being eaten by a Carnefex.

You've been pretty absent from here lately, too busy or something?

At least let us know if your going to be gone for a while.

This is an automated message:

Because of your previous involvment in the series, your being invited to take part in the next installment: The Realm of Chaos. http://warhammer40k.wikia.com/wiki/Thread:55690

Retrieved from "https://warhammer40k.fandom.com/wiki/User_talk:Sindri_Myr?oldid=218724"
Community content is available under CC-BY-SA unless otherwise noted.