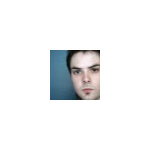 aka David, I mean, Seyfert.

Hey, I'm an old school player who reads more books than plays games nowadays, in fact, my models are quite dusty, sad. I created this profile because I hate spelling mistakes and have seen some things that could use a little fixing.

This is the backstory of my avatar on the tabletop, Colonel Seyfert.

Colonel Seyfert is the commander of the 117th Armageddon Steel Legion.

A mere lieutenant at the outbreak of the Third war for Armageddon, and tasked with maintaining the regiments base in Hive Tartarus, he was unexpectedly (and inexplicibly considering his record of drunkeness and disorderly behaviour) promoted to full Colonel when his regiment was wiped out on Armageddon Prime early on in the campaign.

With the unforgiving Commissar Brandt looking over the reformation of his regiment and personally taking an interest in Seyferts training, his natural talent for tactics and leadership were soon fully realised and Seyfert went on to lead his regiment in many bloody battles in the ash wastes of Armageddon.

Retrieved from "https://warhammer40k.fandom.com/wiki/User:Colonel_Seyfert?oldid=118629"
Community content is available under CC-BY-SA unless otherwise noted.