Unknown, in the billions

T'au is the homeworld of the T'au species in the star system of the same name and the largest and most politically important Sept of the T'au Empire. The High Council, led by the Ethereal Supreme Aun'Va, convenes here, its decrees shaping the entire empire.

Even after the growth of the T'au Empire into an interstellar civilisation, T'au remains the centre of T'au culture and bureaucracy. No other Sept world can challenge the prestige of T'au within the empire, and only Vior'la can match its military power.

T'au is a warm, dry and arid world. Preference for worlds with climates like that of T'au drives T'au colonisation towards planets with similar climates, such as T'ros.

T'au was discovered and categorised by the Adeptus Mechanicus Explorator vessel Land's Vision in 789.M35, a few thousand standard years before the emergence of the T'au as a space-faring race.

Before the Imperium of Man could cleanse the planet of the then-primitive T'au xenos population, a freak Warp Storm occurred and effectively sealed the planet and the surrounding region off from contact with the rest of the galaxy.

In the few thousand Terran years since, the T'au underwent very rapid cultural evolution, emerging as a technologically advanced starfaring race just as the Warp Storm dissipated in the 39th Millennium.

The warriors who come from the T'au Sept are known as wise and experienced troops, descendants of the original T'au explorers who fought the first battles during the initial phase of the T'au expansion into the galaxy, known as the First Sphere Expansion of the T'au Empire.

The T'au Sept is also the template upon which all other newly founded T'au colonies are based. The T'au Battlesuit combat techniques in use on many new T'au worlds are the same as those practised and originally developed on T'au.

T'au Sept warriors tend to forgo the ability to target multiple enemies, concentrating instead on utterly destroying a single unit before moving on to the next. This way they achieve maximum destructive efficiency.

They are aware that by using the same or similar tactics, their enemy may be able to overcome them, but they are loath to change their ways. Their warriors spend evenings planning in detail the next days' attacks and meditating on their lives in case they fall in battle 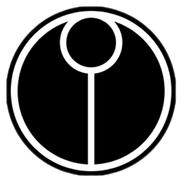 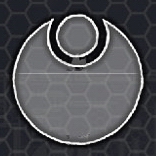 A variant of the T'au Sept icon.
Español
Community content is available under CC-BY-SA unless otherwise noted.
Advertisement