"The Emperor's will guides us, the Primarch's blood strengthens us, the Founder's example drives us. No foe can stand before us and prevail."

— Alavaan, Chapter Master of the Sons of Orar

The Sons of Orar is a Codex Astartes-compliant Loyalist Space Marine Chapter of Ultramarines lineage, created during an unknown Founding. Its homeworld is named Armato and it lies in the Segmentum Ultima.

This Chapter reveres Orar, an Ultramarines Legion Captain who won great renown in the wake of the Horus Heresy. The Sons of Orar seek to follow that magnificent example, and they have carved out a truly impressive honour roll over the millennia in pursuit of that goal.

The Sons of Orar are perhaps most famous for spearheading the Imperium of Man's massive assault upon the Aeldari Craftworld Alaitoc.

Though the full history of the Sons of Orar has been lost to Imperial records, what is known is that they revere Orar, an Ultramarines Captain who won great renown in the wake of the Horus Heresy, and claim him as their spiritual patriarch, though it remains unknown if the Sons of Orar are actually a Second Founding Successor Chapter of the XIII Legion.

From astute observations by Imperial scholars, it appears the Sons of Orar's badge and traditions are closely related to those of the famous Ultramarines Chapter.

The Sons of Orar primarily wear red Power Armour with the exception of white shoulder guards. The Aquila or Imperialis on the chest guard is silver.

The Sons of Orar do not display the Codex Astartes-proscribed company colours on their pauldron trim.

A red High Gothic numeral stenciled in the centre of the Chapter iconography indicates company number. No squad number markings are displayed.

The Sons of Orar's Chapter badge is a red Omega letter drawn from the ancient Greek alphabet, an inverted version of the Chapter icon of their parent chapter, the Ultramarines, which is centred on a field of white. 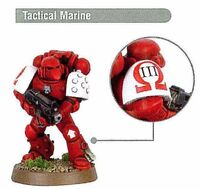 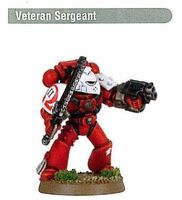 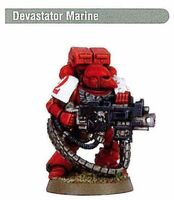 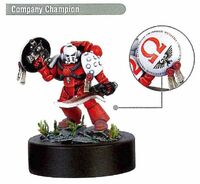 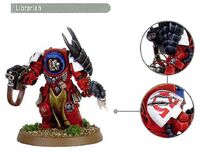 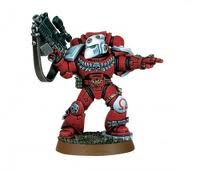 Sons of Orar Sternguard Veteran
Add a photo to this gallery
Retrieved from "https://warhammer40k.fandom.com/wiki/Sons_of_Orar?oldid=354944"
Community content is available under CC-BY-SA unless otherwise noted.