Solitaires are the strangest and most dangerous of all the Aeldari Harlequins. Called Arebennian in the Aeldari Lexicon, they are doom incarnate, for they play the part of She Who Thirsts in the Dance Without End, and once their path is chosen no one can stay their hand.

The Solitaires, as their name implies, are solitary individuals who roam the Webway, only joining a Harlequin masque for a battle or performance when the fancy takes them.

Just speaking to a Solitaire outside the Dance is tantamount to death, for he treads the Path of Damnation, his soul forfeit to the Chaos God Slaanesh. Indeed, a Solitaire's role is afforded the utmost fear and respect by other Aeldari of any faction, for only the bravest, strongest and most incorruptible of their race could play the part of their greatest nemesis and remain sane.

A Solitaire is outside a Harlequin masque, and roams the universe alone. These solitary Harlequins represent the monstrous pride that led the competing heroes on their dangerous quest; an aspect of Slaanesh herself. The organisational structure of a masque hails from the ancient days of the lost Aeldari Empire, when the Laughing God Cegorach's devotees were theatrical performers first and foremost.

Since the Fall, a place has traditionally been reserved in a masque's structure should a Solitaire lend their considerable abilities to a cause, but they are otherwise unchanged, centred around three distinct Troupes: the Light, the Dark, and the Twilight.

Should one of the dreaded Solitaires deign to join a battle, they can slaughter entire enemy regiments in impossible displays of martial prowess. Solitaires are incredible warriors, able to move faster than the naked eye can follow. Their impossible acrobatics are such that no blade can strike them, nor bolt or blast find its mark upon their flesh. In battle they are utterly lethal, their scything kicks and hammerblow punches coming so fast that most foes are dead before they even realise the fight has begun. Indeed, each individual Solitaire is the equal of a host of lesser warriors.

Solitaires are the strangest of all Harlequins. They conceal themselves amongst Craftworld or Commorrite society, hiding their true nature as they wander from place to place. Only occasionally will these dread figures reveal the monster that lurks beneath the facade, joining a masque for a performance or battle before drifting on once more. At such times they speak and are spoken to only in ritual form, and are feared by most Aeldari as an ill omen.

This mien of horror stems from the fact that, alone among the Harlequins, the Solitaire plays the role of Slaanesh. As a result, the Solitaire's role commands ultimate fear and respect. It also makes him the most dangerous of all Harlequins, for a Solitaire treads the Path of Damnation, his essence doomed to be devoured by She Who Thirsts, though the Laughing God can sometimes trick the Great Enemy into relinquishing her grip upon a Solitaire's soul. In 666.M33, it was the Masque of the Dance Without End who gave the first ever performance of the Fall. Their audience was horrified, not least by the disturbing figure of the galaxy's first Solitaire as she brazenly bestrode the stage.

Knowledge of his soul's forfeit means a Solitaire will ensure the cost to his foes is dear indeed before he meets his end. Despite the dark fate that awaits them, it is said that Solitaires are touched by the Laughing God -- that they have his insight into the Fall, and even the nature of the universe. Many Aeldari believe that to speak to a Solitaire is to invite a grisly demise, and that should an individual accidentally address or touch one of these lonely beings, they would be better to take their own lives there and then.

The first the foe knows of the Solitaire's onset is a shimmering blur of light and colour streaking through their ranks. Then the killing begins. Soldiers fall, eyes widening as heads are severed, throats opened, and hearts pierced. Blood falls like monsoon rain in the wake of a killer too fast to be seen.

Only when he pauses for a moment amid the slaughter do his victims get a glimpse of their executioner -- a domino field swirling around his lithe form, his grotesquely masked head tilted at a curious angle as he regards those he hunts. This is the Solitaire, and as he leaps into motion once more, his victims' deaths are but seconds away.

None, even amongst the Harlequins, know the limits of the Solitaires' abilities. Tales exist of these supernatural killers running up sheer fortress walls, spilling from the shadows inside locked bunkers, even slowing time itself. How much is hyperbole and how much the truth, few can say for certain. To those who stand in the Solitaire's path it matters little, for their deaths are assured either way.

A Solitaire displaying their traditional markings. 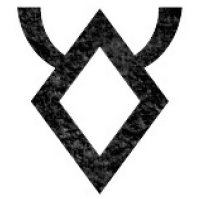 The rune of the Solitaire is a dread omen, often left seared into the flesh of his victims’ foreheads to sow superstitious fear among the enemy ranks.

The Solitaire's mask is cruel and unsettling, reflecting the exaggerated androgynous features of Slaanesh in all their daemonic grandeur. 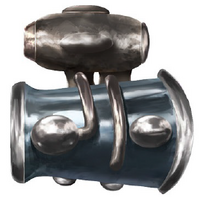 The Harlequin's Caress, the deadly device that allows a Solitaire to pluck out the heart of an enemy.

A Solitaire of the Masque of the Frozen Stars. Solitaires often wear dark, brooding colours, as befits their sinister role.

A Solitaire gracing the Masque of the Veiled Path with his ominous presence. 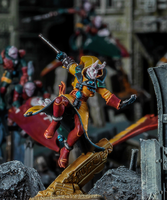 A Solitaire bearing the colours of the Masque of the Dreaming Shadow. 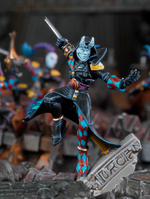 A Solitaire finding common cause with the Masque of the Midnight Sorrow. 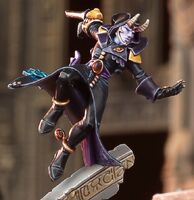 A Harlequin Solitaire arrayed in his deadly panoply of war.
Español
Community content is available under CC-BY-SA unless otherwise noted.
Advertisement