A Legion Reconnaissance Squad was a specialised unit of the ancient Space Marine Legions used during the Great Crusade and Horus Heresy eras in the late 30th and early 31st Millennia.

These squads specialised in reconnaissance and intelligence-gathering and were consummate masters of stealth, infiltration and sabotage deep behind enemy lines. It was from these formations that the later Adeptus Astartes Scout Marines were created after the Second Founding in the early 31st Millennium.

These specialised troops were the eyes and ears of their Legion in the field. For this task, they were armed and equipped with a variety of specialised wargear including long-range weaponry, sensory Auspex and stealth gear.

They served as scouts and intelligence gatherers, identifying targets and gathering information on enemy movements and strengths. They also served their Legion as pickets, saboteurs, raiders and snipers where needed, and in open battle were experts in sudden flanking manoeuvres and infiltration attacks in support of their main force. 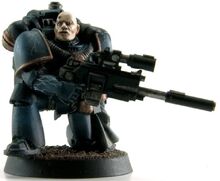 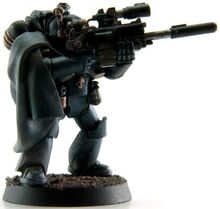 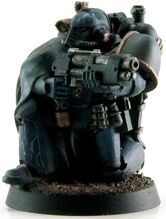