The Legio Osedax ("The Cockatrices") is a Loyalist Titan Legion of the Collegia Titanica, one of the military arms of the Adeptus Mechanicus. It hails from the Forge World of Phaeton, located in the Segmentum Solar.

There is very little information in Imperial records about this obscure Titan Legion, and it is unknown when they were founded. However, it is likely that this Titan Legion's creation occurred some time during the Great Crusade following the transplant of several Phaetonite magi to the world of Atar-Median.

When they departed their homeworld, the Phaetonites took with them a core of ancient god-engines that had once defended Phaeton in the anarchy of Old Night.

These Titans went on to become a part of the newly-founded Legio Atarus, while those Titans left behind on Phaeton became the core of what was called the Legio Osedax.

Long had Phaeton, the homeworld of the Legio Osedax, held a feud with Mars and when the Fabricator-General Kelbor-Hal revealed his treachery during the Schism of Mars the Cockatrices fell prey to his wrath, reduced to nearly a quarter of their strength by deadly ambushes and nefarious machine curses unleashed by the Dark Mechanicum.

Those that remained were reborn in the fires of war, though their strength was fated never to return to the glory days of the Great Crusade.

The Legion colours of the Cockatrices are a quartered colour scheme of aquamarine blue and white with brass trim.

The Legion's alternate scheme is sometimes displayed as white with blue checkers.

The Legion badge of the Cockatrices is a cockatrice facing leftwards with its wings outstretched, imposed over an orange circle outlined in black. The field behind it is quartered in tan and dark blue. 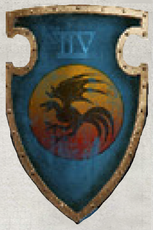 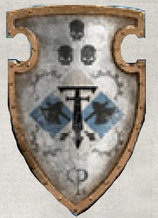 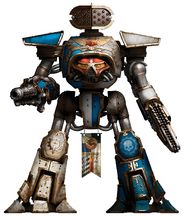 Legio Osedax colour scheme as displayed by a Reaver-class Titan. 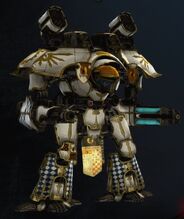 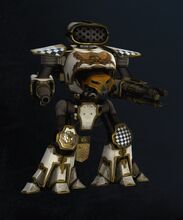 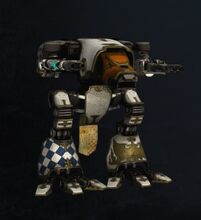 A Legio Osedax Warhound-class Titan.
Add a photo to this gallery
Retrieved from "https://warhammer40k.fandom.com/wiki/Legio_Osedax?oldid=369160"
Community content is available under CC-BY-SA unless otherwise noted.