The Legio Krytos ("God Breakers") is a Traitor Titan Legion of the Dark Mechanicum that repudiated its oaths to the Emperor of Mankind and followed the Warmaster Horus into the service of the Ruinous Powers during the Horus Heresy. It was based on the world of Krytos.

The Legio Krytos is known to have participated in both the infamous Battle of Tallarn and the Battle of Beta-Garmon. Even before the outbreak of the Heresy, this notorious Titan Legion were known to be excessive in their pursuit of achieving Imperial Compliance and levelling cities that showed even a shred of defiance.

The God Breakers were also known for making extensive use of Earthbreaker Missiles -- specialised weapons that were designed to burrow into the ground before detonating, tearing the terrain apart in showers of broken earth. These weapons were used extensively by the Legio Krytos to bring down fortifications, but they also proved effective in slowing the advance of enemy maniples.

Perhaps as a result of these preferences in waging war, the Legio Krytos tended to work closely with the siege-breaking Iron Warriors Legion. The two working in concert often reduced worlds to smoldering wastelands, inhabited by guttering cities and bleached skeletons.

Even before the brutal wars of the Horus Heresy, this Titan Legion was known for their excesses in bringing planets to Imperial Compliance and levelling cities that dared showed even a shred of defiance.

As the Heresy progressed, the God Breakers perfected their methods of scorched earth, often fighting alongside the Iron Warriors Legion to reduce a planet to smouldering wastelands, inhabited only by guttered cities and piles of grinning skeletons.

It would be upon the savaged world of Tallarn that the Legio Krytos made their lasting mark.

Legio Krytos is a hammer that knows only one way of waging war -- to crush its enemies utterly beneath the repeated blows of its Titans.

While the Legion fields Warhound and Reaver Titans, its commanders favour deploying its Warlord Titans into potent battlegroups, and use their massed firepower to obliterate opponents.

The God Breakers' maniples are methodical in their destruction of the battlefield, turning forests into seas of flame and buildings into clouds of dust and ash. Over the course of the Horus Heresy, their princeps mastered the means of bringing down structures, and were experts at identifying their weak points.

The swirling flames of a dying world can be a hostile environment, even for a great god-machine like a Battle Titan. The God Breakers routinely endured these adverse conditions, and developed tactics to deal with them.

The god-engines of the Legio Krytos march in gray-green and white with gold trim.

This Traitor Titan Legion's badge is a stylised winged warhammer known as the Hammer of Krytos centred upon a livery shield containing the Legion's heraldic colours of white, green and red.

When the Legion turned Traitor, this seal was often hammered over icons of allegiance to the Emperor, masking the Aquila or the Cog Mechanicum symbols of Mars.

The Hammer of Krytos harkens back to the Legion's origins and the mythos of its Forge World, reputably wrought from a dead rock by the Omnissiah's hook-tooth hammer.

Beyond these icons of the Legio, Krytos banners bear the signum nobilis and campaign skulls of their kin, though the God Breakers like to show the scars of battle upon their maniples, and so many of their war banners show the tears and rents of recent action, with some even reduced to tattered rags bearing only a faint trace of the Legio's colours. 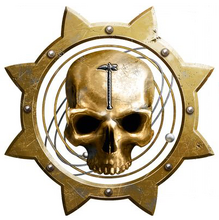 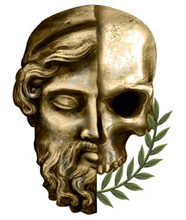 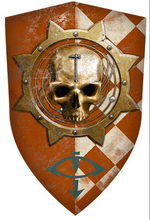 A Legio Krytos personal livery shield. Note the "Eye of Horus" honour, which denotes this princep's loyalty to the Warmaster Horus and his cause. 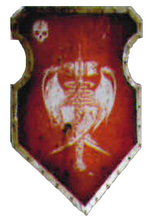 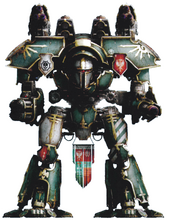 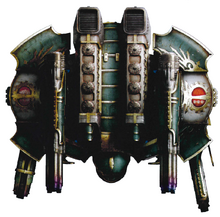 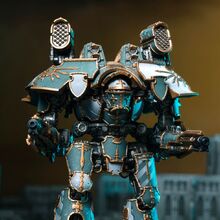 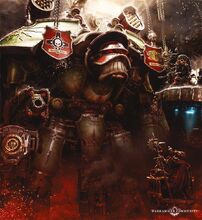 A Legio Krytos Warlord-class Titan docked at a Mechanicum facility for standard maintenance before a battle. 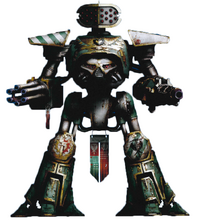 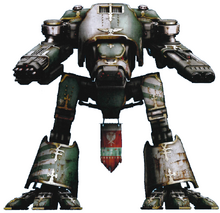 Legio Krytos Warhound-class Titan Apostate of Days. This Scout Titan carries a common weapon configuration for this Legio, including a Plasma Blastgun. Plasma Weapons were favoured for destroying structures as the lingering plasma fires could leave cities uninhabitable. 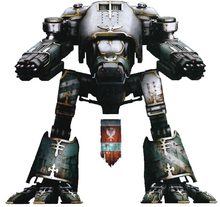 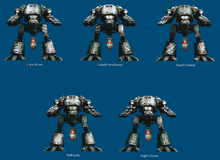 A Legio Krytos Lupercal Light Maniple. It is unclear if this Titan formation existed before Horus took command of the Great Crusade and its Titan Legions. However, its effectiveness was such that even after Horus' betrayal of the Emperor, both sides continued to use it extensively in battle. 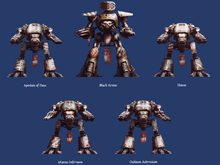 A Legio Krytos Venator Light Maniple. Where other maniples favoured firepower and brute strength to overcome the foe, a Venator maniple puts emphasis on speed and opportunistic attack.
Community content is available under CC-BY-SA unless otherwise noted.