The Legio Astorum ("Warp Runners") is a Loyalist Titan Legion of the Collegia Titanica, one of the military arms of the Adeptus Mechanicus.

The Legio Astorum is an ancient and honoured Legion based upon the Forge World of Lucius, located in the Segmentum Obscurus. This Titan Legion is suspected to have been founded before the Age of the Imperium, during the Age of Strife.

The Warp Runners are well-known for setting the tempo of war and marching swiftly to the sound of battle, their god-engines devouring kilometres beneath their massive stride. Astorum Princeps call this the "War March," and gladly endure the rigours placed upon both machine and mind to reach the foe sooner.

Over time, a Princeps learns to wear their Titan like a second skin, as aware of its workings and armour plates as they are of their own bones and sinew. The Warp Runners contain many old and lauded Titans of the Great Crusade, and the skilled Princeps who command them.

A skilled Princeps can master the Machine Spirit (artificial intelligence) of their Titan, and the Warp Runners learned many tricks for forcing the Machine Spirits of their war engines into action even as the ancient mechanisms rebelled against them.

The Warp Runners fought throughout the Great Crusade and still retain a number of Titans blessed by the Emperor of Mankind Himself. Of all of the Titan Legions to fight in the Great Crusade, few won as much glory for themselves as the Warp Runners. During this time, they earned a reputation for their devastating spearhead attacks, claiming victory in campaigns such as Tyrrel's Lament, Kamenka Trokia and the Dagar Insurrection.

The hollow Forge World of Lucius, homeworld of the Legio Astorum, was the site of some of the largest Titan works in the Imperium. Reaver Battle Titans were turned out by its manufactoria, constructed over a span of Terran years to the exacting standards of the Mechanicum. Even a planet with the prodigious manufactoria of Lucius would struggle to replace the Legion's losses during the Horus Heresy, and in the end, like so many other Titan Legions, the Legio Astorum would be forced to scavenge fields of dead Titans to keep their god-machines alive.

By the start of the Horus Heresy, they were lauded veterans, their Princeps arrogant and aloof. Despite this hubris, their crews remained utterly loyal to the Emperor, and joined battle against the Traitors more than willingly.

Later, the Legion fought throughout the darkest days of the Horus Heresy, and participated in numerous engagements including the Battle of Tallarn and the destructive Battle of Beta-Garmon campaigns. Legend has it that a battlegroup of Legio Astorum Titans was present at the defence of the Emperor's Palace during the Battle of Terra and ever since those dark days of the Great Betrayal, the Warp Runners have continued to faithfully serve the Emperor and His Imperium.

Each Titan Legion has its own idiosyncrasies of operation and ritual, and the Warp Runners have long had the reputation of preferring to adorn their war engines with bold heraldry and striking decoration, while its Moderati and Princeps favour an austere uniform bearing no emblems or gained awards.

The colours of this Titan Legion are primarily blue with gold. An older colour scheme exists, in which the Titans were blue with orange flame patterns.

The symbol of the Legio Astorum (Warp Runners) is a black eclipse symbol on a field of blue. The Black Sun of Lucius is central to the heraldry of the Warp Runners, representing not just the artificial sun at the heart of the hollow Forge World, but also the isolation Lucius endured during the centuries of Old Night.

Astrological precision is central to the heraldry of the Warp Runners, their logicians carefully charting the history of the Legion as solar maps and Warp routes scrawled out across each Titan's armour. Likewise, campaign honours are stamped out machine-like upon each Titan's banner, each icon coded to the great lexicon of Lucius, so that its tech-priests and Princeps might read at a glance a Titan's victories and campaigns. Alongside this accounting of the Titan's war record, the signum nobilis banner details maniple and rank. 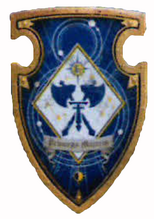 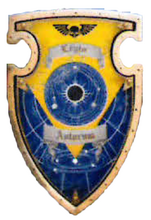 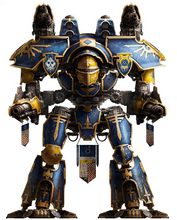 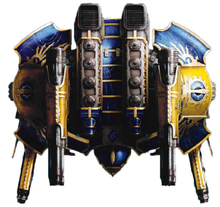 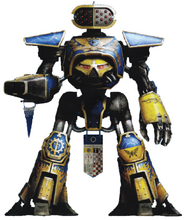 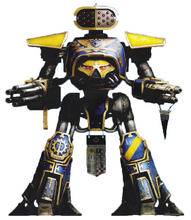 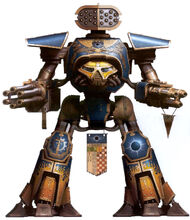 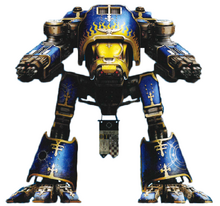 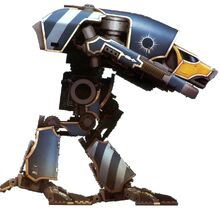 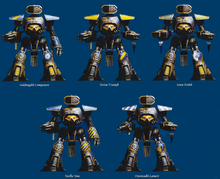 A Legio Astorum Corsair Battleline Maniple. This formation is built around a raiding doctrine, its Titans chosen for both their speed and firepower. The versatility of the Reaver-class Titans lends itself to this role -- swift enough to extract itself from danger but tough enough to win a protracted battle. This formation is usually composed of 3 Reaver Titans, but a total of 5 Reavers can be utilised to maximise effectiveness. 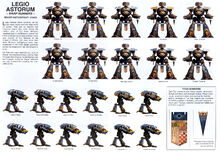 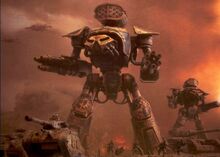 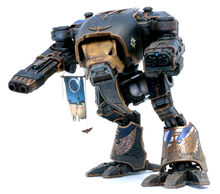 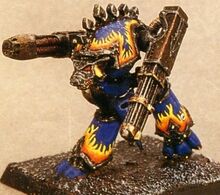 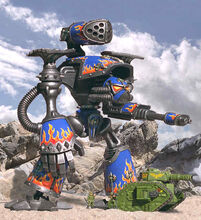 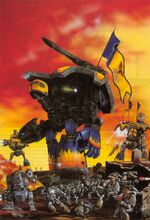 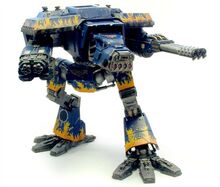