The Land Raider Helios was also introduced in the Imperial Armour Update supplement produced by Forge World. As with the Land Raider Prometheus, a resin Land Raider Helios conversion kit is available from Forge World. Like the Prometheus, the Helios replaces some of the standard Land Raider's existing weaponry with a more specialized loadout. The Helios mounts a Whirlwind missile launcher in place of the twin-linked heavy bolters. The background for the tank states that the Helios was designed by the Red Scorpions Space Marine chapter to supplement their existing artillery during the Siege of Helios. Purportedly, the extra space required for storing the whirlwind launcher's missiles reduced the transport capability of the vehicle. 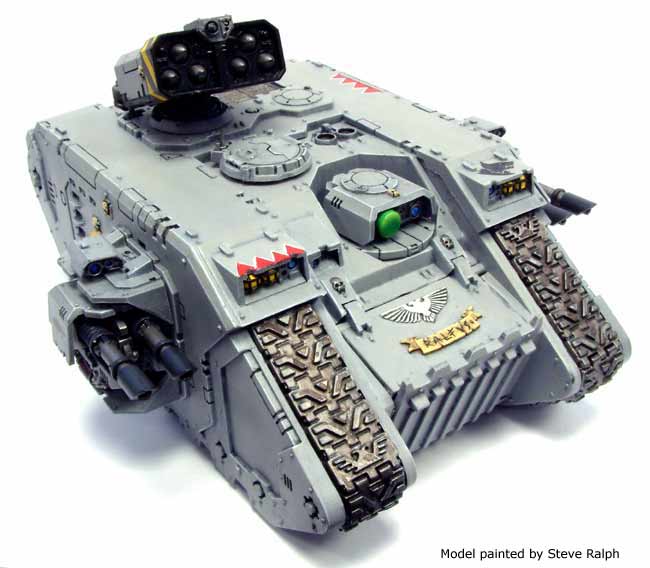 Retrieved from "https://warhammer40k.fandom.com/wiki/Land_Raider_Helios?oldid=34645"
Community content is available under CC-BY-SA unless otherwise noted.