"The enemy commanders think themselves safe from the Emperor's Wrath behind kilometres of fortifications and legions of warriors. They did not account for us. Make your peace with the Emperor, men—we drop in two minutes."

Elysian Drop Troops are the airborne assault infantry regiments of the Astra Militarum who are recruited from the verdant world of Elysia in the Segmentum Solar, 30 light years from the world of Armageddon.

Rare within the Imperial Guard as a whole, Drop Infantry regiments are a potent strategic asset which many Generals are eager to obtain, and Elysia produces a considerable quantity of such regiments, whose skills are employed across the galaxy.

The Elysian Drop Troop regiments make extensive use of aircraft and elite soldiers plunging from the skies directly into battle. These regiments' true advantage lies in their speed, unpredictability and the unrivalled ability to attack anywhere on the battlefield, at any time. Imperial Guard regiments raised from Elysia are regarded as somewhat unorthodox. Conventional infantry, armour, and artillery formations are rare, with the bulk of Elysians becoming the famed Drop Troops.

Each Elysian must spend a single tour of duty within the forces guarding Elysia itself before they will be considered for service within the Imperial Guard. After this time, with each soldier becoming veterans of a dozen or more battles, potential recruits are drilled for months in the art of airborne assault by Grav-Chute and aircraft, working to perfect those skills before being deployed to a warzone on a distant world.

However, their favoured strategies also come with their own problems. Drop Troop regiments cannot be supported by anything much heavier than those light vehicles, denying them the support of the mighty Leman Russ main battle tank or even the humble Chimera APC.

Consequently, the Elysians struggle in prolonged battles, lacking the endurance and the firepower necessary to hold their ground for a protracted period. Instead, Elysian Drop Troop regiments are better suited to surprise attacks, ambushes, and guerrilla warfare once they've landed, relying on mobility to continue their fight.

For similar reasons, Elysians carry as many supplies as possible to prolong their ability to operate behind enemy lines, and their intense training ensures that these supplies last as long as possible, with availability of ammunition being a particular problem, alleviated by ensuring that as few shots are wasted as possible.

Elysia, the homeworld of the Elysian Drop Troop regiments, is a verdant Imperial Civilised World in the Segmentum Solar existing at the edge of a spur of colonised territory some 30 light years from the Hive World of Armageddon.

The Elysian System and the surrounding space were notorious havens for human and Eldar pirates, as Elysia lay on a major trade route through its sector and its star system was characterised by numerous asteroid fields and dense gas clouds that served as highly effective camouflage for pirate vessels waiting to raid passing Imperial commerce.

Surrounded by untamed worlds, barren moons, and a variety of gas clouds and asteroid fields, the region is a haven for pirates and renegades, who must constantly be kept in check to prevent lawlessness from overrunning the system. Much of the Elysian planetary defence force is thus required to serve the dual role of defending their homeworld and suppressing pirate activity in the surrounding area.

Due to this necessity, Elysian soldiers are well-versed in ship-to-ship boarding actions and similar strategies, rapid strikes in concert with orbital and aerial support being the only effective way of combating elusive enemies, such as those the Elysians routinely face. As a result of this, Imperial Guard regiments raised from Elysia are regarded as somewhat unorthodox.

Through careful politicking and negotiation at the highest levels, a contingent of Elysian regiments was secured for operations in and around the Calixis Sector. While the majority were quickly claimed for the Margin Crusade, a few were diverted to support the Spinward Front.

These regiments are held as a strategic reserve by Lord Marshal Ghanzorik, who is careful to employ such a limited resource only when strictly necessary, unwilling to simply throw the valuable regiments into the meat-grinder.

This has not limited the action that Elysian regiments have seen within the Spinward Front, however. So many individual warzones and objectives exist across so many worlds that there are ample opportunities and vital conflicts aplenty that are deserving of the Elysians' rare talents, from counter-offensives against Drukhari raiders on Kalf, to intense guerrilla warfare on Horizon and the sabotage of the Ork-dominated shipyards above Sickle.

However, the Elysian contingent has suffered heavy losses during the failed assault on Thrax, which saw nine regiments lost and the survivors stranded on a world contested by both the Orks and the forces of the Severan Dominate.

The Elysian Drop Troop Regiments raised by the Imperial Tithe for service in the Imperial Guard are elite, all-volunteer units whose troops are required to first serve at least one tour of combat duty in the Elysian PDF before they are allowed to join.

After they are recruited the new Drop Troops are sent to a number of military training bases established across Elysia and the rest of the Elysian System to begin their training, which includes extensive practice handling Grav-Chutes, making high-orbit insertions, sharpshooter training and extreme environment survival skills.

Elysian Drop Troops are expected to make every shot count as during their operations resupply can often be days or even weeks away and so no Trooper is allowed to enter combat duty without first having been rated as an expert marksman. This high-level of accuracy allows Elysian Drop Troops to be far more effective when wielding lasguns or autoguns than the equivalent standard regiments of the Imperial Guard.

Most Imperial Guard regiments are recruited to serve as basic heavy infantry. But some worlds, due to their particular cultural or environmental circumstances, produce more specialised and elite regiments. Among this group of Imperial Guard units can be counted the Elysian Drop Troops, who serve as highly mobile, elite airborne infantry equipped with sophisticated aircraft and Grav-Chutes intended to be used for deep strikes behind enemy lines.

The Elysian Drop Troops are among the best rapid-response, highly mobile heavy infantry regiments that can be deployed by the Imperial Guard.

Elysian Drop Troops are provided with high-quality armour and weapons and are extremely well-trained due to the difficulty required in mastering the tactics of airborne assault using Grav-Chutes and Valkyrie Airborne Assault Aircraft. They also comprise an unusually high number of elite Storm Trooper companies within their unit organisations.

When making a combat drop, the Elysian Drop Troops' primary objective is to sow devastation and confusion among the enemy as a result of their sudden arrival behind enemy lines. However, because of their emphasis on mobility, Elysian Regiments do not make use of any of the standard Imperial Guard armoured vehicles from the Leman Russ tank to the Chimera armoured personnel carrier.

The only vehicles that the Elysian Drop Troops can make use of because they are light enough to be dropped into combat by a Grav-Chute are Sentinel walkers and Tauros Rapid Assault Vehicles. As a result, Elysian troops are often able to rapidly overwhelm the enemy and seize an objective, but they must be reinforced by other Imperial forces that possess heavier weaponry as they are unable to hold their objectives for long in the face of determined enemy resistance.

During large-scale campaigns such as planetary sieges, the Elysian combat doctrine favours hit-and-run tactics that focuses on ambushes where the Elysians can concentrate their fire and mobility advantage to weaken the enemy and then disappear to repeat the process.

In smaller engagements such as direct assaults of a fixed target, the Elysians are capable of carrying out rapid assaults and maintaining their combat cohesiveness for several weeks without effective resupply.

All Drop Troops are armed with Mark IV Accatran Pattern Lasguns with a standard issue of five power cells. Grenades are issued in a more ad hoc fashion and can be provided to the Grenade Launcher as needed. Elysian Drop Troopers generally deploy in a 10-trooper squad formation that includes 9 troops and 1 Sergeant with one trooper carrying a special weapon. Among the special weapons available to Elysian Drop Troops are:

The Elysian Drop Troops Regiments are known for their rapid deployment capabilities using Airborne Troop Carriers called Valkyries, and they deploy from these aircraft by rappelling or making use of Grav-Chutes at high altitudes.

Elysian Drop Troopers are able to strike deep into enemy territory, and so are unable to field any heavy ground vehicles during missions. While this may be the case, the Elysians do make use of a number of light vehicles including the Tauros rapid assault vehicle, the modified Drop Sentinel, Cyclops Demolition Vehicle, and Sentry Gun batteries.

The Elysians make use of Valkyries, Vulture Gunships, and the support of the Imperial Navy to make up for their lack of heavy armour. Using their Valkyries and Grav-Chutes, the Elysians can capture objectives rapidly by dint of overwhelming force and their close-range firepower.

Elysian Drop Troop regiments often rely on demo-charges and special weapons for tank-busting. Vultures, Valkyries and Imperial Navy aircraft pack fearsome amounts of firepower, and swooping over the battlefield they can target just about anything.

Tactical flexibility is the Elysians' true advantage over most other forces, and there are few tactical situations, other than a drawn-out planetary siege, that the Elysians cannot counter quickly and effectively.

The Elysian Drop Troops are a very specialised force. Being drop troops, Elysians lack many of the heavy weapons needed to defeat the enemies heaviest equipment and vehicles. As their primary armaments are simple Lasguns Elysian Drop Troops cannot afford to sit back and engage in prolonged firefights with an enemy either.

Elysian Drop Troops do not engage the enemy in a conventional stand-up fight. Instead, they seek to take objectives by rapid, hard-hitting attacks and then hold them with grim determination and the selective targetting of enemy threats.

Casualties will often be high for Elysian Regiments as a result of this strategy, but that is the price Drop Troop Regiments pay for their extreme mobility.

Elysian Drop Troopers in a warzone 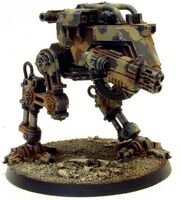 An Aeronautica Imperialis Valkyrie used by the Elysian Drop Troops 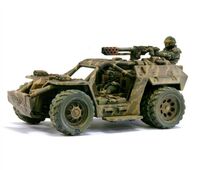 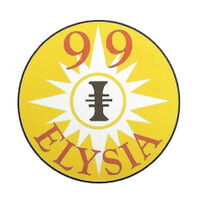 Elysian Drop Troops Detachment D-99 Unit Patch before their arrival on Beta Anphelion IV with the forces of the Inquisition
Add a photo to this gallery
Retrieved from "https://warhammer40k.fandom.com/wiki/Elysian_Drop_Troops?oldid=351216"
Community content is available under CC-BY-SA unless otherwise noted.