The T'au Earth Caste is primarily made up of farmers, labourers, and technicians responsible for building the machines, cultivating the food, and erecting the dwellings that allow the T'au to survive.

The Earth Caste also includes all of the T'au's artisans, scientists, and engineers.

The sophisticated machinery and technology that drive the T'au Empire are created by the foremost minds of the Earth Caste, including the legendary XV8 Crisis Battlesuit.

The T'au of the Earth Caste are stouter of build than the normal T'au phenotype, and tend to have calloused hands and a pragmatic outlook on life.

Their speech is very literal and matter of fact, often appearing to be quite monotonous to those not of their caste.

Before the coming of the Ethereals during the Mont'au, or Time of Terror, the T'au lived in separate tribes, the foundations of today's castes.

Those destined to become the Earth Caste built cities and fortresses of stone to defend themselves against the neighboring tribes of the plains dwellers, who would become the Fire Caste. 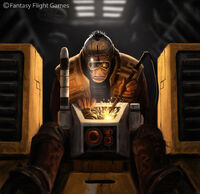 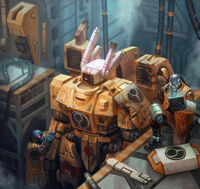