"In my hands rests the fate, not solely of my Chapter and my brethren, but of scores of worlds. Hundreds. With but a single command I can save a trillion faithful souls, or condemn them to death, or worse. Those who have not carried such a burden cannot imagine its cost. Yet I could not wish for a greater honour. The Emperor forged me for this duty, and I shall never fail Him."

To be a Chapter Master of an Imperial Space Marines Chapter is to be a superhuman avatar of war amongst mere mortals. The Chapter Masters of the Adeptus Astartes are unmatched in personal combat prowess, possessing the body of a genetically superior killing machine and literally centuries of combat experience.

A Chapter Master is a true scion of the Emperor of Mankind, heir to the strength and fortitude possessed by his genetic forebears, the primarchs. Centuries of combat gained from time spent throughout the various ranks of the Chapter have taught him valuable lessons in the art of war, trained him in the various facets of military strategy and honed his martial instincts to the level of near pre-cognizance.

In the dark times of the 41st Millennium, in the days of ceaseless war and numberless enemies that would see Mankind enslaved or wiped from existence, the Chapter Masters of the Space Marines are warriors without peer, standing resolute when others would waver, advancing without trepidation when other men flee and wisely withdrawing when only a fool would futilely fight on when the odds are stacked against them.

By his example of true heroism and superlative command does a Master of the Space Marines awaken great deeds in lesser men, inspiring not only the Astartes under his command, but those mortal men and women whom they fight side-by-side with.

Being a peer of the Imperium of Man, the Chapter Master acts with authority as he sees fit, according to his own counsel and judgment, answerable to no one except his fellow Chapter Masters and the Emperor of Mankind Himself or His representatives, the High Lords of Terra. He holds dominion over 1,000 transhuman battle-brothers, willing to fight and die for him at his merest whim, and without question.

In addition he holds sway over vast martial and civil resources, including battle barges, strike cruisers, Armouries filled with the most advanced weaponry of the Imperium, Planetary Defence Forces, astropaths and Navigators.

The majority of these masters of the Space Marines sometimes rule an entire world as well as the surrounding system and sub-sectors in the name of the Emperor.

Such areas of the galaxy are considered to be relatively stable and safe in a far greater galaxy that is often consumed by war. The sectors of space controlled by the Astartes benefit greatly from the political patronage and formidable intellectual skills of their protectors.

The title of Chapter Master is not consistent throughout the various Space Marine Chapters. Often times less standard Chapters that do not comply with the Codex Astartes in every way use traditional or non-standard cultural titles to denote their Chapter's commander.

These are but a few of the many different titles used throughout the various Chapters of the Adeptus Astartes for these paragons of Mankind.

The following is a list of all known Chapters Masters that currently command an Adeptus Astartes Chapter:

Scythes of the Emperor

The following is a list of notable Renegade Chapters Masters that currently command those Adeptus Astartes Chapters that have been declared Excommunicate Traitoris:

Note: The following is a select and incomplete list of sources; for more on each Chapter Master, see each individual Chapter entry above. 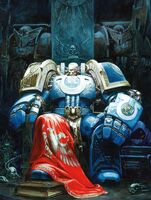 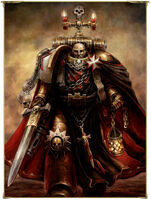 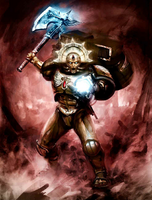 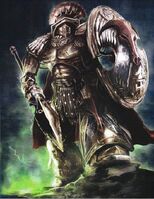 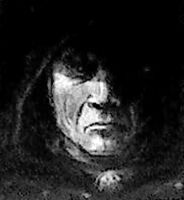 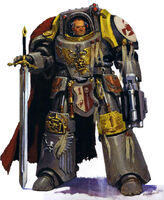 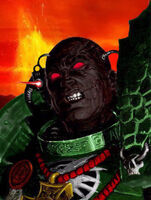 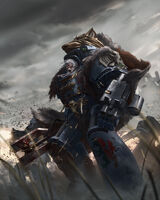 Kranon the Relentless, Chaos Lord of the Crimson Slaughter warband, and former Chapter Master of the Crimson Sabres Chapter
Español
Community content is available under CC-BY-SA unless otherwise noted.
Advertisement