Warhammer 40k Wiki
Register
Don't have an account?
Sign In
Advertisement
in: B, Chaos, Chaos Space Marines,
and 7 more
English

A Boarding Shield is a large tower shield comprised of ceramite and plasteel, which contains a small field generator similar to that utilised in the smaller wrist-mounted Combat Shield. These bulky shields are favoured by Space Marine assault units for protection.

Boarding Shields were also employed by Space Marines during siege operations following the first breach in the defenses of a static fortification, when the heavy intensity of incoming enemy fire at close quarters created a combat environment similar to that of a voidship boarding action.

The Boarding Shield was most often used during the Great Crusade and the Horus Heresy by the Space Marine Legions' Breacher Siege Squads. 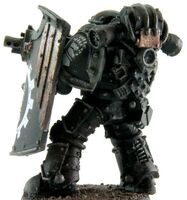 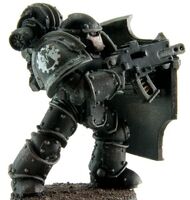 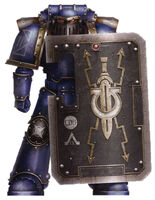 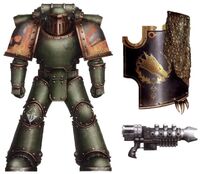