An Aspect Shrine is a cult of Aeldari Aspect Warriors of a specific specialty that practice the mastery of their chosen Warrior Path. Each Aspect upon an Asuryani Craftworld keeps at least one shrine.

The Path of the Warrior teaches the arts of death and destruction. Such is the dark nature of the Aeldari psyche that the Warrior Path draws most of them onto it at some point in their long lives. In aeons past, the ancient Phoenix Lords taught the arts of war to both males and females, and as a result Aeldari warriors are as likely to come from either sex.

As with many of the more complex Paths, the Warrior Path is divided into multiple separate branches. Each of these is known as a Warrior Aspect, representing a different facet of the war god Khaine, and bringing with it unique fighting techniques, weapons and abilities.

When the Aeldari go to war, the Warrior Aspects fight in a predetermined role associated with their shrine. They have their own warrior garb, a form of ritual battle suit, and distinctive weaponry.

The Aeldari are a race beset on all sides. Would that it were not this way, for Aeldari generations are few and far between. Every life lost in battle will only have been sacrificed because there was no other choice, and at great cost to the enemy. Young Aeldari often believe they can rebuild the glory of their lost empire with fire and passion, but in fact their shattered civilisation is locked in a deadly struggle for survival. Because of this unavoidable truth, more and more Aeldari walk the Warrior Path with every passing Terran year, setting aside their peacetime crafts to learn the arts of Khaine.

Many are the ways in which the Bloody-Handed God waged war upon his foes. For each aspect of Khaine, the Craftworld Aeldari, the Asuryani, have created a shrine to the art of killing. When they go to war, the Warrior Aspects fight in a predetermined role associated with their shrine. They have their own warrior garb, a ritual battle suit, and distinctive weaponry.

Their minds and bodies are honed with endless exercise until they become suffused with the Aspect of Khaine their shrine represents. In battle, each squad plays its own part with the artistry of a virtuoso, combining its talents with those of the other squads of its shrine. When war's call resounds loudest, the shrines go to battle in three-pronged Aspect Hosts that combine their abilities in a symphony of destruction.

For all their puissant skill, when they put aside their ritual masks and wargear, the Aspect Warriors walk at peace through their Craftworld. Only the keepers of each shrine, the Exarchs, live always within them. Aeldari Exarchs are the war aspects of Khaine embodied. They are the high priests of the Bloody-Handed God and the teachers of his creed.

Only those Aeldari who are completely lost upon the Path of the Warrior become Exarchs. This process only rarely occurs, but once it has taken place it can never be reversed. It happens as a result of the repeated exhilaration of battle -- a feeling so strong it can leave an indelible imprint upon the psyche.

In theory, Aspect Warriors learn how to control and compartmentalise their warrior-selves, putting on and casting aside their blood-hungry persona just as they don or put down their ritual wargear, a process known as "putting on the war mask." When an Aspect Warrior loses this ability to dissociate himself from the killer-self, he becomes an Exarch, held in both fear and awe by those he once called kin.

Exarchs do not leave their shrines except in times of war or high conclave. Even the smallest of these shrines are extensive structures or hidden otherworlds dedicated to training, instruction, and ceremony. Each has its own armoury and its own inner sanctum where the Exarchs administer the rites of war before the altar of Khaine.

It is here that the Exarchs recite battle songs of old, marking their warriors' bodies with runes of blood before they don their armour and take up their weapons. In this way, Exarchs guide their fellow Aeldari along the Path of the Warrior.

An Exarch wears an elaborate and often ancient version of the ritual Aspect Warrior armour. He boosts his already superhuman abilities with arcane wargear, and wears upon his suit the Spirit Stones that contain the departed spirits of all the suit's previous Exarchs. Each Exarch assumes the sacred name associated with this suit, and his spirit mingles with those Aeldari who have borne it since the shrine's inception.

It is the presence of this spirit-pool of raw psychic energy that gives the suit and warrior -- for the two are indistinguishable -- their special warrior powers. Thus, an Aspect Warrior who becomes an Exarch is reborn as a living legend, the heroic ideal of that Aspect forged in new flesh.

The weapons of the Exarchs are extremely potent; an extension of their Aspect's particular niche taken to a deadly extreme. When the Exarchs of the Aeldari take the field en masse there is no force they cannot overcome, and no enemy they cannot kill.

The fathers of the Aspect Shrines, the Phoenix Lords, take this strange immortality to the extreme. Upon their death their suits lie empty, gathering the dust of ages, until worthy Exarchs find them. In donning the hallowed suit, the Exarch becomes a part of the suit's gestalt soul, and the Phoenix Lord rises once more to lead the armies of the Aeldari race. 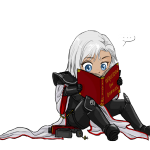 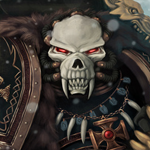 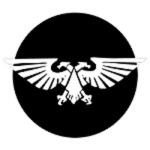