Although there are many Unforgiven recruiting worlds -- the full number of which is known only to the Supreme Grand Master of the Dark Angels -- the majority of them are Feudal Worlds, much like Caliban was. Over time some recruiting worlds have been lost -- either permanently, such as Grymmport, or for a short period, like the Plainsworld -- but new sites are constantly added. Upon some of these recruitment worlds, the Dark Angels have built fortress-monasteries -- large, well-defended complexes where hopeful Initiates can compete for the honour of being selected. Other planets have smaller outposts, ranging from a Fortress of Redemption to a mere statue, in front of which ceremonies might take place. The most feral of these planets have nothing but legends of visitors from the sky appearing at regular intervals.

At need, some established recruiting worlds have been given over to Successor Chapters, or vice versa, and much work is done to ensure that any records held by the Adeptus Administratum are soon lost. For instance, Nachtwald was originally the main homeworld of the Lions Sable, but after their destruction it passed into the control of the Angels of Vengeance, and has since been used primarily by the Angels of Absolution.

An Angels of Absolution Tactical Marine 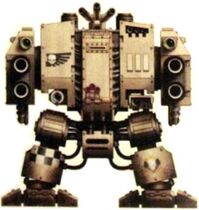 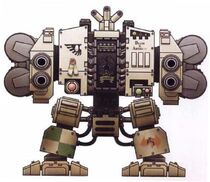 Angels of Absolution Whirlwind Hyperios
Add a photo to this gallery
Retrieved from "https://warhammer40k.fandom.com/wiki/Angels_of_Absolution?oldid=315806"
Community content is available under CC-BY-SA unless otherwise noted.