What would the starting strength of a legion be at the start of the great crusade?

So we all know about the sheer supernatural charisma of the primarchs but did the marines have an even worse version of this? I know many were loyal to their Gene sites but was there a psychological or psychiccompulsion for a marine to obey their Primarch?

Space MarinesPrimarch
A reply to Cal777
1

In all seriousness though I’d say pre Heresy is my favorite version of him. A fair amount of pride but was the best at being able to work with his brothers

Dont get aHead of yourself Iron Hand 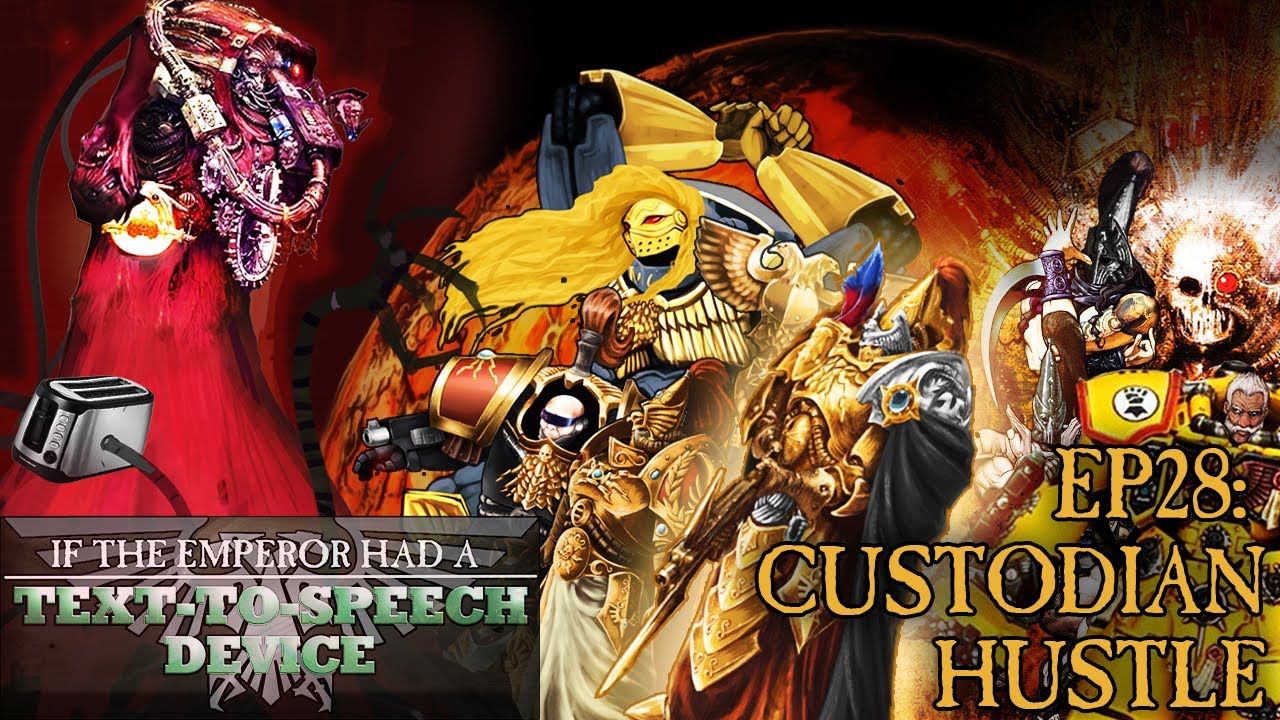 If the Emperor had a Text-to-Speech Device - Episode 28: Custodian HustleYouTube

A reply to Master of the 2nd
3

He was chosen second mainly for the fact he was one of the few traitor primarchs (baring perhaps Mortarion) that had not lost themselves completely to chaos or were batshit insane (Angron,Fulgrim, Kurze) and would not stab him in the back (Lorgar). Magnus meanwhile was MIA (they didn’t know he was alive till right before the siege of terra) the alpha legion meanwhile could not be trusted.

A reply to Master of the 2nd
0

Hmm. A bit far fetched for sure but it is a possibility. However the problem with this is that we don’t know for sure if giving a demon a true death would affect past events in the material realm as time is very much present.

I think in most cases a 1 on 1 the thunder warrior would win due to them just being physically stronger and much more aggressive then a World Eater.

I’d say Cthonian would be my personal favorite along with High Gothic. I do wish there was an index or something for each of the languages as it’s something I would love to learn about. Honestly it’s gotten to the point that wherever I hear a word or tradition regarding Cthonian language or culture I always clip it for posterity.

I’m curious are new members ever brought into Abbadon’s inner circle? I know members like Moriana joined shortly after the legion’s founding. But I’m curious to know if others are ever inducted. I would think so but that’s mainly due to the Trusted Warleader warlord trait the Black Legion gets.

So is there a warhammer version of Joan of Arc in the lore? I know fantasy has Rapanse but does 40k have its own?

Too many Loyalists on this wiki

A reply to Master of the 2nd
0

I think I’ve been a part of the fandom community for four years? Though I was lurking for a few years prior to that

A reply to Hayden Hartman
1

Firstly scratch my everything, then sneak off Terra for a vacation and let Guliman deal with all this BS for a little while longer and see how long it takes for the Imperium to realize I left.