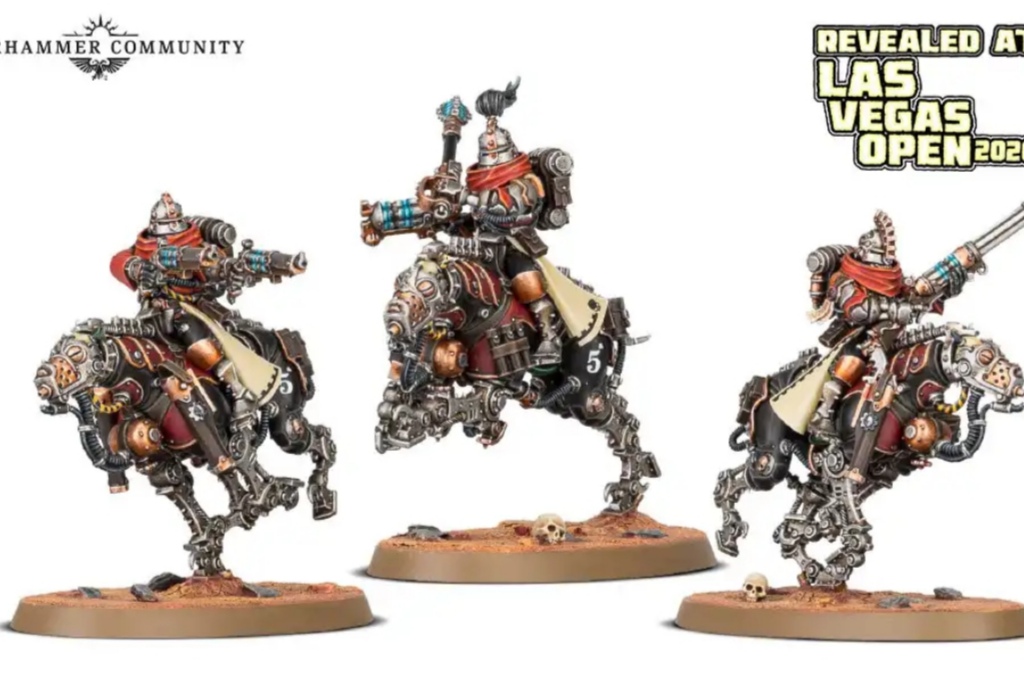 I am so happy that we get new skitarii units c:

Those look awesome. Mechichcus seems like it would be a bitch to paint though.

It’s a bit Wild West isn’t it? Either way it’ll be fun to turn them into Dark Mechanicus centaurs

They are pretty awesome...

I woke up, read the lv open page, and cried

They are a bit Wild West but I hope they can deepstrike to hit in the flanks.

I’ll admit that I dislike the direction that Ad Mech has taken in appearance. Jump troops and cavalry, I’m fine with. I just dislike the “Wild west but with metal horses” and “Da Vinci was right!” appearances that the new units take on.

I also think the chance to make a ton of mini-dragoons went by, as I think those would have been far more “logical” to the Ad Mech, as opposed to horses. Even mechanical horses.