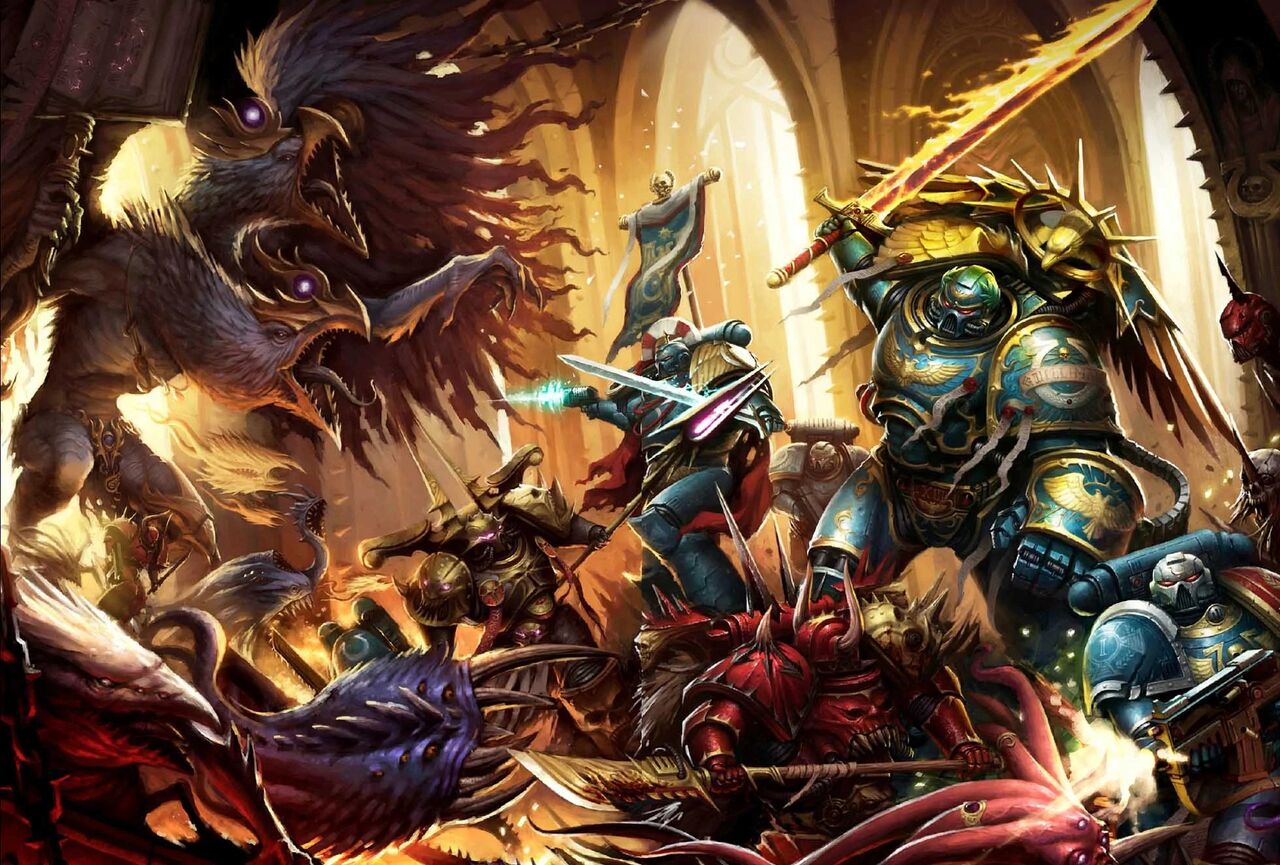 Its stated on the Company of Misery's page that the signifigance of their symbol is unknown.

What do you all think it means?

As we can see its an upward arrow, the sign fo Space Marine Tactical Squads engulfed in flames.

Personally I think it symbolizes the destruction of loyalist space marines. Since the Company of Misery seek to, quoting the CoM's page "....show these simple-minded fools [the imperium] that hope is less than worthless" and the loyalist marines are known as the greatest symbol of hope in the Imperium
(edited by SpartanD14)
Company of Misery
1

IMO, I believe the symbol may represent part of the Eight-Fold path of the Chaos Star commonly utilized by the Forces of Chaos. The flames probably represent fire and destruction -- the ultimate goal of annihilating the Imperium and all followers of the "Corpse-Emperor".

If you read their backstory, it talks about how they were sent over and over on impossibly hard missions. I think the tactical badge engulfed in flames is a symbol of the profound suffering they have endured as soldiers of the imperium.

(edited by A Fandom user)
1